THE MISHNAH
Making Arrangements on the Sabbath
What Do Vows Cover?
To Whom Does lt Belong?

THE JERUSALEM TALMUD
Concentration in Prayer
Generosity and Selfishness

THE RESPONSA
Are Muslims ldolatorsl (Maimonides)
Are Grandchildren the Legal Equivalent of Children? (Ritba)
A Question of Luck (Havvot Jair)
Innovations in Synagogue Architecture (Noda Bi-Yehudah)
A Dangerous but Necessary Operation (Melammed Le-Hoil) 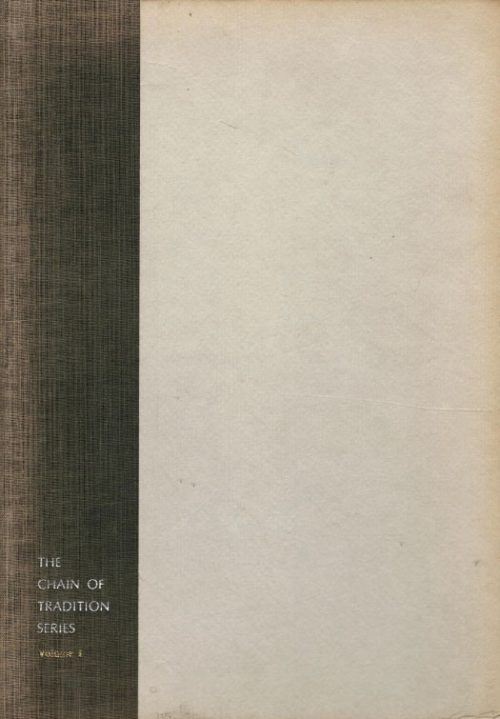 Jewish law is based on a central idea. Though ideals such as justice and mercy and holiness are very wonderful, to have any impact on human life they must be expressed in detailed action. For instance, the great Hebrew prophets preach to their people, and through them to us, that we should practice justice. Very well, we say, we are ready to heed the lesson. How do we go about it? For the answer to this it is not to the prophets that we can go but to those who followed them and strove mightily to put their ideas into operation. It is the Rabbis who answer in detail such questions as: what is a fair price? how can cheating be avoided? how should men conduct themselves in their daily business affairs? how should the Sabbath be made holy? how should a Synagogue be built? and so on through the whole range of Jewish experience.

Naturally not all the answers found in the older sources are appropriate to our day. In some of the texts presented here, for example, there are references to slaves because the laws in them came from an age when slavery had not yet been banished from human society. Even from these texts we can learn much. We can see, among other things, that the Jewish teachers tried to soften the rigors of slavery and taught that the slave should be treated as a human being. But, for all that, these texts have only academic interest nowadays since, thank God, in our world crude slavery is no more.

The picture which emerges from a study of Jewish law is one of ripe wisdom, the experience of generations of Jewish teachers, making itself felt in Jewish life. Not everything that was considered wise in former ages is so considered today. But what has come down to us in the sources represented by our texts is enough to inspire us to continue the creative task of translating Jewish ideals into concrete practices for the ennoblement of human life.

The material presented in this book is legal material, that is to say, it concerns itself with right and wrong, with what should be done and what should not be done. Questions of this kind are subtle. It is not easy to draw the fine lines which mark off the things to be done from the things to be rejected. Much argument is needed in order to arrive at a correct definition of the law and lawyers may frequently disagree on what the law is in a particular instance.

The really interesting aspects of a legal debate or discussion are to be found in the reasoning and argumentation rather than the final decision. You are advised therefore to be in no hurry to reach the end of any argument presented in these pages but to follow it through carefully, weighing up all the pros and cons. What makes a debate enjoyable is not the final vote. The fun of the debate consists in the skill and eloquence with which the contestants state their case. This book, then, is to be read less like a novel than a text-book of mathematics. “Reading” is probably the wrong word here. The book should be “studied.” Go over the various steps of each argument and ask yourself if you agree with them. It will be of help if the members of a class take sides and try to thrash the matter out for themselves. It should not be forgotten that practically all the cases mentioned in the book were debated by keen minds over many years. To obtain the best appreciation of the points raised a certain amount of reflection is demanded. “Go over it again and again” was the advice of the Rabbis of old to their pupils.

Furthermore, many of these discussions were originally verbal and were not written down until later. It is as if you are presented with the written reports of proceedings in a court of law. To obtain the best advantage of the material it will be necessary for you to reconstruct ip your imagination the drama of the actual cases as they came before the courts.

This book contains selections from each of the main sources of Jewish law: (1) The Halakhic Midrashim; (2) The Mishnah; (3) The Jerusalem Talmud; (4) The Babylonian Talmud; (5) The Codes; (6) The Responsa. Each section is prefaced by a note describing its nature e.g. the section on the Mishnah is prefaced by a note describing what the Mishnah is, its date, authorship and so forth. In each section there are a number of items chosen to demonstrate the particular approach. The text is given in translation together with a point by point comment. Although the original texts have numbers indicating the divisions, these have not been utilised. The original text numbers can be easily determined by referring to the source listed at the beginning of each chapter.

When using the book you should first read the short note at the beginning of the section which contains the item you are studying. If, for example, you wish to read one of the items in the section on Codes, first read carefully the note which tells you what the Codes are. Then read the particular text, making sense of it with the aid of the commentary. It will be found useful to have a Bible ready to hand and to look up in the Bible all the Biblical references in the text. The translation of Biblical texts has sometimes been changed slightly from that in the standard versions in order to make better sense of a particular Rabbinic comment. Sometimes the Rabbis had their own way of looking at a Biblical text.

Remember that most of these texts are hundreds of years old and have to be placed in a particular historical context, that is to say, they have to be seen against the background of their times. But most of the issues discussed take us to the heart of the Jewish ethical and legal approach and can, without too much difficulty, find their application in the kind of world in which we live.

The book can be studied systematically in the order in which the items are arranged, but if the reader so desires he can pick out any item which seems interesting to him and study it on its own. But the note to the section of which it is part should be read first of all. There is no need to worry about the identity of the various Rabbis and teachers mentioned in the text. These are fully discussed in the comment to the text. For further biographical information about the Rabbinic heroes it is a good idea to read the relevant articles in the Jewish Encyclopaedia. There is an occasional overlapping of comment, i.e. some points have been made more than once in comments on different texts but this is to enable the reader to study any single text without having to read the whole book.

The aim should be, however, eventually to read through the whole book. If this is done it will be found that a fairly clear picture has been obtained of how Jewish law has grown through the ages and how it has operated in Jewish life.

Hard copies of this book can be obtained from Behrman House.
Preview Book
Membership Options
Become a member and get free access to all the content on this website. Find out more and sign up >
Create your own review
Jewish Law
Average rating:   0 reviews