GOD
The way of reason (Milton Steinberg)
The way of wonder (Abraham J. Heschel)
Relationship is everything (Martin Buber)
Our God affects our life (Mordecai Kaplan)
Beyond anthropomorphism (lsidore Epstein)
Love is more than thinking (Leo Baeck)
The old God and the new evils (Richard Rubenstein)
The command to be faithful (Emil Fackenheim) 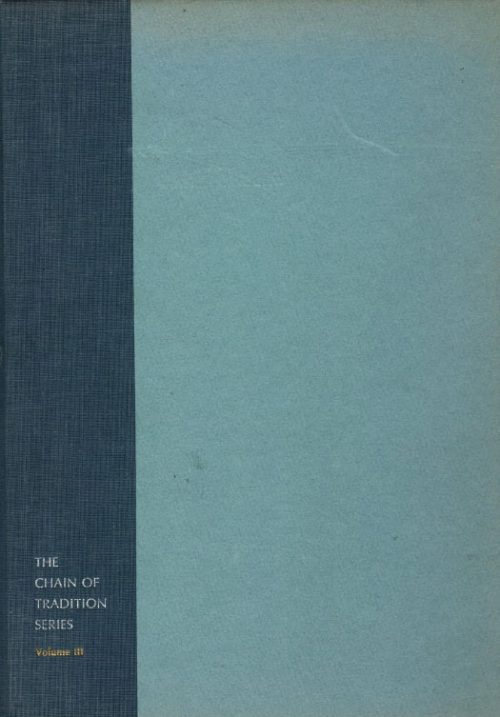 For more than one hundred and fifty years Jewish thinkers have been concerned with understanding the role of Jews and Judaism in the modern world. This book contains the writings of some of these thinkers and by a careful reading of the selections presented here you will obtain a good idea of the new problems they had to deal with and the different ways they had of grappling with them. Judaism in the past had been successful in coming to terms with various civilisations. The list of these is long-Babylonian, Egyptian, Canaanite, Assyrian, Persian, Greek, Roman, Christian, Islamic. It was impossible for Jews not to be influenced by the world around them, but they tried hard at the same time to remain true to their own faith. They tended to adopt the ways of the people among whom they resided when no basic Jewish principles were at stake, but to call a halt whenever there was a danger of accepting into Jewish life ways and ideas that would be harmful to the truth they had received by tradition.

Theoretically the problem of the Jew in the modern world was exactly the same as it had always been, but practically the situation was very different. For the first time Jews began to participate fully in the life of their neighbours and this to an extent unknown to previous ages. In the Western world, Jews became prominent among the philosophers, scientists, musicians, artists, lawyers, doctors, business-men and teachers. They made a decisive contribution to modern thought. For this reason it was no longer a question of the Jewish people as an entity facing a challenge from without. The many conflicts between the old and the new were present in the souls of most educated Jews.

The problems Jews have had to cope with in the modern world are of two kinds; those peculiar to Jews and those common to all religions. To the first kind belong such questions as how far should Jews allow themselves to become assimilated to the outside world? how much Hebrew should be retained in the Synagogue? what is a Jew to do if the only way he can make a living is to work on the Sabbath? are the dietary laws still binding upon Jews? what is the role of Jewish peoplehood and, now, the State of Israel, in Jewish life? how can the Jew manage to be well informed about his own Jewish heritage if he has to spend so much time acquiring general culture and knowledge? As for the problems common to the adherents of other religions as well as the Jewish, these have to do with the breakdown of traditional theories on the nature of the universe. The earth is no longer seen as the center of the universe but the whole of our solar system is only a tiny speck in the vastnesses of space. From Darwin onward the view that man is descended from lower forms of life has won increasing acceptance. Marx and Freud questioned whether men are as rational as they like to imagine they are and have put forward the view that men are unconsciously motivated by social and economic forces (Marx) or by irrational strivings within themselves (Freud). The philosopher Kant in the eighteenth century questioned whether man can ever have any real knowledge of anything beyond his own world. The rise of modern science has encouraged men to look at their surroundings in terms of cause and effect so that, for example, the whole idea of God interrupting this sequence by performing miracles or in answer to prayer became more difficult to accept than in the earlier period moreover the scientific methods of letting the facts speak for themselves without preconceived notions were applied to the Biblical books and it was found, as a result, that many of the traditional positions as to the date and authorship of these were no longer tenable.

Yet Judaism has displayed its astonishing power of survival. A number of movements arose, for example, which differed from one another in matters of emphasis, and even on fundamental principles, but all of which had the effect of paving the way for the necessary re-adjustment so that Judaism might survive and hold its own with renewed vigor.

The first of these movements was the Haskalah (Enlightenment), the aim of which was to prepare the Jew for his life in the new world by introducing him to its culture. The “enlightened” Jew was to be thoroughly familiar with the great classics of Western thought as well as with his own literature. Allied to this was the movement known as Judische Wissenschaft (The Science of Judaism). The aim of this school was to study the Jewish past in a scientific way, that is to say, to examine, so far as this is possible, not what we imagine to have happened in Jewish history but what actually did happen. At a later date Zionism arose. The Zionists taught that the Jews were a nation like other nations and could only flourish if they had a land of their own. Eventually, Zionism led to the establishment of the State of Israel. The bitter fact that six million Jews were murdered by Hitler gave a tremendous impetus to the search for a secure home for the Jewish people so that such terrible happenings might never occur again. In the State of Israel the Hebrew language is spoken, the Bible is widely read, and the whole of society is pervaded by the Jewish spirit, though this is not to say that all the problems are now solved; there are, indeed, new ones such as the role of religion in the new State and relations between Jews and Arabs.

On the religious level three new movements arose. Neo-Orthodoxy bravely faces up to the challenge of the new both by becoming thoroughly acquainted with modern life and thought and by denying that anything which has happened during the past one hundred and fifty years renders in any way the past insights out of date. Reform Judaism accepts the challenge in a different way. lt holds that the heart of Judaism is to be found in the teachings of the great Hebrew prophets and these, which speak in God’s name of justice, righteousness and mercy in daily life, are still as valid as ever. As for the ritual observances. Reform is prepared to see value in many of these but does not consider them to be of supreme importance. Conservative Judaism holds on to a mid-way position. It believes that Orthodoxy is too rigid in its resistance to change and Reform too ready to. throw overboard cherished institutions such as the dietary laws and the traditional way of Sabbath observance. Consequently, it tries to follow the traditional pattern but with greater openness and a fuller appreciation of its dynamic quality.

The thinkers who appear in these pages belong to one or another of these movements. They do not represent, therefore, anything like a uniform viewpoint. If you find yourself agreeing with everything all of them say you will be guilty of indulging in loose thinking since they disagree profoundly among themselves. It is hoped, nonetheless, that this book will be acceptable to the adherents of all the different groupings because it does not seek to propagate any single viewpoint but prefers to let the various thinkers speak for themselves. Whatever your own attitude to these questions, you will come to understand it better by examining the views of its opponents. The thinkers are not labeled according to their movements. That should encourage you to examine
their ideas without prejudice.

The book is divided into three parts. Part I deals with the way new thought on the Jewish doctrine of God serves to place the doctrine in the central position it has always occupied in Judaism but with a number of fresh insights into its meaning. Part 11 considers the doctrine of the Torah as the revealed will of God and how this can be understood in the light of our present-day knowledge. Part Ill treats the doctrine of Jewish peoplehood and its relevance for modern Jewish life. There are other problems with regard to Jewish life in the present but all the main ones have to do with these three areas. The notes to the various texts give some background information and try otherwise to elucidate the meaning of the texts. This is particularly important because some of these writers occasionally tend to assume a knowledge of Jewish thought which the average intelligent Jewish reader cannot be expected to possess.

It remains to be said that the following are selections from Jewish writers and thinkers and should be seen as a beginning or an introduction to the understanding of Judaism in the world of today. If they encourage the reader to go on to study these weighty questions in greater depth and detail the book will have achieved its purpose. For the rest practically every serious Jewish book published today is concerned with one or more of the problems discussed in these pages.

Hard copies of this book can be obtained from Behrman House.
Preview Book
Membership Options
Become a member and get free access to all the content on this website. Find out more and sign up >
Create your own review
Jewish Law
Average rating:   0 reviews