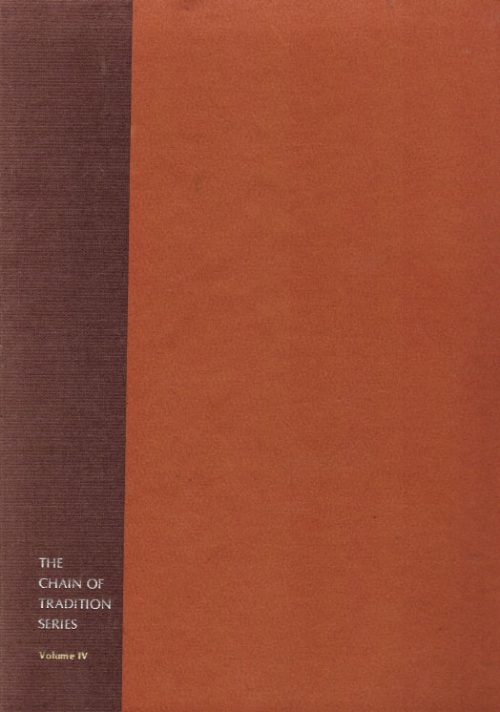 This book contains selections from the best-known Jewish Biblical commentators of the eleventh down to the twentieth century. Only commentators who wrote in Hebrew are studied and only the most popular, popularity being determined either by the fact that the commentary was printed together with the text in editions of the Bible or that it was frequently quoted in Jewish literature. There is no selection from Saadiah Gaon (882-942), for instance, although he can be considered in many ways the true father of Jewish Biblical exegesis. Saadiah wrote in Arabic, so that his work can only be appreciated against the Arabic background. Moreover, only fragments of his work have come down to us and he is not a popular commentator within our definition of the term. The whole area of Rabbinic legal interpretation has been excluded because this is really a separate field, but examples of Rabbinic exegesis will be found in the first volume in this series, Jewish Law, and also scattered through the comments in this volume.

The works studied here are all premodern in the sense that they rely on the Biblical text or on its interpretation by the Rabbis, without any of the considerations that are essential features of modern critical and historical Biblical scholarship. Thus there are very few investigations into the authorship of the Biblical books (but see the section on Ibn Ezra) and very little treatment of the historical background (but see the section on Abravanel). The increase of knowledge about the Biblical period brought about by archeology, comparative Semitic philology and the application of scientific methods of investigation, was unobtainable by these writers. Even the Biur, the commentary produced by Mendelssohn’s school at the end of the eighteenth century, has been excluded from consideration in this volume because, while hardly critical, it is indicative of the objectivity typical of modern scholarship, in which the Bible is studied as one would study any other work of literature. All the writers treated of in this book (even those belonging to the nineteenth and twentieth centuries) would have vehemently repudiated the view that the Bible, as the word of God, can be studied like any other literature.

The significance of the writers we study lies, therefore, in the evidence they afford of how the Jewish spirit, nourished by the Bible, was constantly at work in explaining the Bible. For an accurate understanding of Biblical texts against their historical background we must turn to modern scholarship. But it is to our authors that we must go if we wish to discover how Biblical ideas became fruitful in Jewish life and thought. These men were far more engaged in trying to discover what the Bible means for them than to know what the Bible means in the abstract. This quest for relevance is an ongoing process, to be undertaken anew in each generation. But if we wish to undertake it we can learn much from the way in which our authors attacked a similar problem.

This leads us to a central theme discussed by practically all our commentators. Two terms are used by the Rabbis in connection with Scripture and its interpretation. These are: Midrash or Derash (from a root meaning “to inquire”) and Peshat (from a root meaning “plain” or “simple”). The Peshat is the “plain meaning” of a verse, what it says on the surface. The Derash is the meaning read into the verse. The Rabbinic Midrashim, of which there are a large number, contain many thousands of examples of Derash (hence their name Midrash, plural Midrashim). Frequently Derash is farfetched, at times consciously so, for the sake of dramatic effect. The main intention of Derash is generally to find a kind of peg in Scripture on which to hang an idea. For instance, we read in the book of Exodus chapter 13 verse 17 that when God led the people out of Egypt He did not lead them “by the way of the land of the Philistines.” The Peshat of this verse is simply that God did not lead them by this route out of Egypt. But the Midrash disregards “of the Philistines” and reads: “God did not lead them the way of the land,” i.e., He did not lead them in a natural way but in a miraculous one. The “way of the land” is that bread comes from the ground and water from on high, whereas when God led the people in the wilderness He gave them manna from Heaven and water from the rock. He did not lead them “by the way of the land.” Now obviously the Rabbi who put forward this novel interpretation must have known that it could not have been the real meaning of the verse. He knew this, yet he presented his Derash because he wished to read his idea into the verse. The problem is, however, complicated by the fact that laws of conduct are at times derived by the Derash method and since these are binding, the Derash cannot be ignored as harmless fancy or poetry. The Karaites, the anti-Rabbinic medieval literalist interpreters, in fact rejected many of the Rabbinic laws for this very reason. They could not find them directly stated in Scripture. Many of our authors, under the influence of the Karaites, acknowledged the legitimacy and urgency of the search for the Peshat. But since they were loyal to Rabbinic law they drew the line at a departure from the Derash and a return to the Peshat, where to remain with the Peshat would involve the rejection of a law based on the Derash. The whole problem will become clearer when the actual selections are studied. Here it may be said that the commentators can be divided into those who stress the Peshat and those whose fancy encourages them to turn to the sometimes implausible but poetic realms of Derash.

The names pashtanim and darshanim are used respectively for those who favor the Peshat method and those who favor the Derash method. Of the commentators studied in this book the division is roughly as follows: Pashtanim: Ibn Ezra, Rashbam, Kimhi, Nahmanides, Gersonides, Abravanel, Sforno, Malbim; Darshanim: Daat Zekenim, Hazzekuni, Jacob ben Asher. Arama, Alsech, Lunshitz, Hayim ibn Attar, Kalonymus Epstein. Combining the two methods are: Rashi, Bahya ibn Asher and Baruch Epstein. However, there is considerable overlapping and one should speak of a general tendency rather than try to fit each of the writers into a neat category. Philosophical exegesis is favored especially by Gersonides, Arama, Abravanel, Sforno and Malbim. Mystical exegesis is favoured by Nahmanides, Bahya, Hazzekuni, Ibn Attar and Kalonymus Epstein. Interest in philological detail is evinced especially by Rashi, Ibn Ezra, Rashbam, Kimbi, Nahmanides and Malbim.

Although it is advisable to study the book right through, the contents have been so arranged that any section can be studied on its own. Brief biographical notes are given at the beginning of each section. For further information on the authors the articles in the standard Jewish encyclopedias should be consulted. The long article by W. Bacher, on Bible Exegesis, in the Jewish Encyclopedia is an excellent account of the history of Jewish Biblical interpretation. This book seems to be, however, the only attempt there is at providing the reader with actual texts from over 900 years of Jewish Biblical exegesis. The passages quoted have been chosen for their intrinsic interest and for the typical stance of each of the authors. It will help to have an English translation of the Bible at hand when studying a text. Moreover, since the commentators deal with words or phrases, it is a good idea to read through the Bible verses as a whole before going on to see how they were interpreted. It will be noticed that our authors often differ considerably from the standard English versions and where this happens the reason for it has been examined in the notes. It should be remarked that the King James version was greatly influenced in its renderings by some of our authors, particularly by Rashi, Ibn Ezra, Rashbam, Kimhi and Nahmanides.

Hard copies of this book can be obtained from Behrman House.
Preview Book
Membership Options
Become a member and get free access to all the content on this website. Find out more and sign up >
Create your own review
Jewish Biblical Exegesis
Average rating:   0 reviews