You are here: Home / Books / A Teacher’s Book for Jewish Law

A Teacher’s Book for Jewish Law

THE MISHNAH
Making arrangements on the Sabbath
What do vows cover?
To whom does it belong?

THE JERUSALEM TALMUD
Concentration in prayer
Generosity and selfishness

THE RESPONSA
Are Muslims idolators?
Are grandchildren the legal equivalent of children?
A question of luck
Innovations in Synagogue architecture
A dangerous but necessary operation 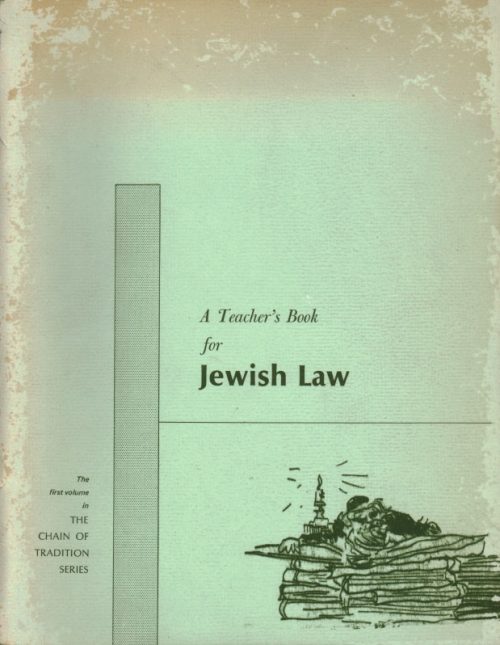 A Jew is bound by a code of religious laws to live in a moral and ethical way. It is a sin to do otherwise. Rabbi Abba Hillel Silver defined sin as “the failure to live up to the highest moral potentialities in one’s self in any given situation.”

Basic Judaism has not changed. The laws of the Torah are still its authority. This is not to say that contact with other peoples and cultures had no effect on how the Jew observed the mitzvot. His outlook on life was always very pragmatic and he sought to live by his Torah under all conditions. Rather than fade with the passage of time, the Torah glowed with increasing strength in succeeding generations. In the periods of darkness and persecution, it drew K’lal Yisrael more closely together. It became a haven for the tortured soul of our people.

What other people can be proud of a heritage that has been transmitted unaltered and unedited, yet served most effectively as a guide in times of increasing world knowledge? Its eternal message can be summed up in the words of Beruria, wife of Rabbi Meir: “Pray not that sinners be destroyed; pray rather that sin perish from the earth, and that sinners repent and mend their ways.”

The purpose of this guide is to show how the illustrations given in the text can still be applied to modern behaviour in the same moral manner as long ago. The source materials are easily available in most libraries. The problems and material for discussion as presented in this Teacher’s Book are current and vital, providing an opportunity for a “new look at the old law.”

Levi Yitzhak asked, “Why is it that the tractates of the Talmud are printed in a manner different from other books? Each book of the Talmud begins on page two instead of page one.” When no one replied, he answered, “In order that one should know that no matter how much he has learned – he still has not even begun.”

Hard copies of this book can be obtained from Behrman House.
Preview Book
Membership Options
Become a member and get free access to all the content on this website. Find out more and sign up >
Create your own review
A Teacher's Book for Jewish Law
Average rating:   0 reviews