1. JEWISH SAINTLINESS THROUGH THE AGES

Hesed
Hasid
Who Were the Hasidim?
The Essenes
The Hasid in the Mishnah
Hasid or Tzaddik?
The Development of Hasidism
The Baal Shem Tov
The Hungarian School
The Sephardi World

3 THE MAKING OF A SAINT

5 CONTENTS THE SAINTLY IDEAL OF EQUANIMITY

Neither Praise nor Denigrate
Disdain for Praise

9 HOW THE SAINTS DIED

Judah the Prince
Simeon bar Yohai
The Ari
The Baal Shem Tov
Gershon Henoch Leiner of Radzhyn
Nahman of Bratzlav
Shneur Zalman of Liady
The Gaon of Vilna
The Hazon Ish
Yehiel M. Tykochinsky
The Hatam Sofer
The Saints as Martyrs
The Hilula: Cause for Celebration
The Saint as judge on High

10 VENERATION OF THE SAINTS 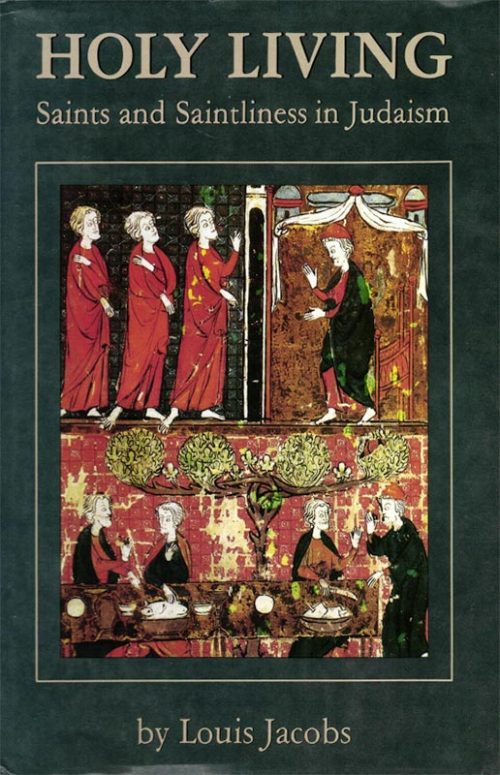 Throughout the history of Judaism there can be discerned that specific quality of extraordinary piety known as Hasidut, roughly corresponding to the term saintliness. The person whose life is permeated with this quality is known as a hasid. This book is a phenomenological study of Hasidut and the hasid, that it seeks to delineate the special characteristics of saintliness in Judaism, showing how these differ from other types of Jewish religious belief and conduct. It is somewhat odd that, while the subject has received attention in general works on Judaism, there has not been, to my knowledge, any detailed examination of the phenomenon of saintliness as a separate subject of study.

While this book provides a popular account for which prior knowledge on the part of the-reader is not necessary, it is hoped that scholars of Judaism, and of religion in general, will find some stimulus for further research into this fascinating. topic.

Chapter 1 examines the concept of saintliness as it appears in the Bible and talmudic literature and through medieval Jewish thought and life down to the present day. The common features are described, as are the different manifestations in Jewish history.

Learning and piety are not only at variance in religious life but are frequently in conflict. The tensions between learning and saintliness, between the ideal of the hakham (sage) and the hasid, are noted in Chapter 2.

Chapter 3 deals with such questions as: How does a person proceed in order to become a hasid? What does training for the saintly life consist of? Which are the techniques to be used? Is it desirable to have saintly ambitions?

The saint is ruthless in the demands he makes on himself. As a spiritual extremist, he abhors spiritual apathy, compromise, or indulgence. The history of religion demonstrates clearly the imbalance of the saintly life. A certain lack of proportion is the price the saint is willing to pay in his quest for the Divine. This aspect of saintly extravagance is treated in Chapter 4.

The saintly attitude of equanimity in Jewish sources, going back to the time of the Stoics, is examined in Chapter 5. Typical of the saintly ideal is the attitude of complete indifference to both the praise and the opprobrium of human beings. To be concerned with what other people think of him is, for the saint, a severe hindrance to his burning need to be alone with his God.

The joy and rapture experienced by the saint is the intense, though unsought, reward for his spiritual strivings. A description of saintly rapture is presented in Chapter 6.

Patterns of saintly behaviour are studied in Chapter 7. Throughout the ages and in every religion, the saint has been expected to follow a severe regimen of pious conduct, possible only for those in the closest communion with the transcendent.

Although actual evidence, as opposed to pious legend, is scanty, the belie£ persists that the saint possesses supernatural powers. In the canonisation process of the Catholic Church, miracles have to be adduced in evidence before a man or woman can be declared a saint. While there are no such official processes in Judaism, this does not mean there is a denial that the holy man is capable of overriding nature. Chapter 8 describes the many claims in the hagiographical literature of Judaism in which saints possessed supernatural powers.

The elevated stage that the saint attains at the time of his death is the subject of Chapter 9. The descriptions of this awesome moment owe much to standard beliefs as to what happens when the saint’s soul departs this life.

Finally, Chapter 10 discusses the veneration of saints, a highly sensitive topic in Judaism, where worship is due to God alone. A constant battle has been fought against superstitions that border on idolatry.

Hard copies of this book can be obtained from Jason Aronson Inc, New York.
Preview Book
Membership Options
Become a member and get free access to all the content on this website. Find out more and sign up >

The Hebrew term hasid is most commonly associated with the hasidic movement, but it has much earlier origins and is more technically used to refer to what may be described as the saint or saintly personality as found in Jewish history and tradition. Holy Living is the only in-depth study of this phenomenon. It offers a scholarly and sensitive portrait of the hasid as a theoretical type, and describes many individuals throughout history who have personified the essence of the hasid. Louis Jacobs, prolific author and highly regarded rabbi and scholar, has combed the literature to present a rich and complete profile of the hasid, which he maintains is a clearly identifiable type in Jewish life and thought. Drawing upon source material from Jewish literature and history–from the most ancient sources to present-day works–Rabbi Jacobs’s book is rich with information and inspiration. He also demonstrates the significance of saintliness for religions in general, and analyses how Jewish saintliness resembles and how it differs from saintliness in other religions.

A Review of ‘Holy Living’ by Dean Shapiro