You are here: Home / Books / Beyond Reasonable Doubt 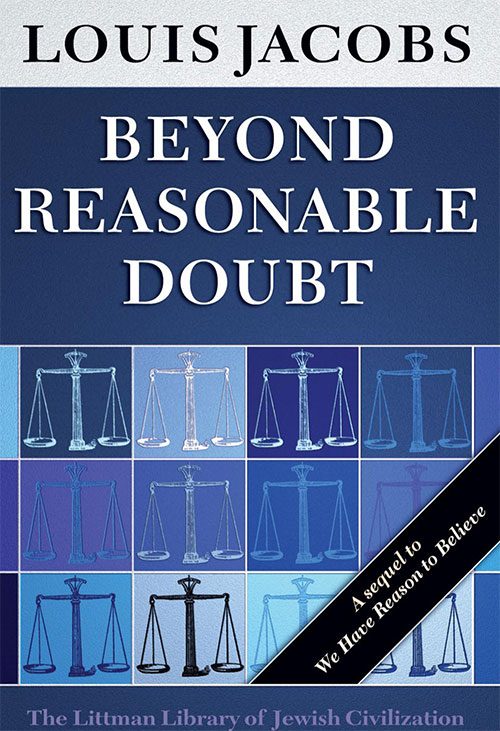 The central thesis of this book is that traditional Judaism can be interpreted so as to render it compatible with the findings of modern research on how the Jewish religion has come to be. The application, by a host of scholars, Jewish as well as non-Jewish, of the historical critical methodology to the classical sources of traditional Judaism (particularly the Bible and the rabbinic literature) has demonstrated to the satisfaction of many believers that the Torah did not simply drop down, ready packaged, so to speak, from Heaven but has evolved over the ages, partly, at least, in response to, and influenced by, external conditions.

Many religious Jews still hold fast to belief in the Torah as the word of God but have come to realize that the whole idea of divine revelation must be understood to mean, in the light of our present knowledge, that, while there is a divine element in the Torah, there is also a human element, in that God gives the Torah, as it has often been put, not only to the Jewish people but through the Jewish people. As I once formulated it, it is still possible to accept the dogma ‘The Torah is from Heaven’ provided one understands the meaning of ‘from’ in a more sophisticated manner than is commonly done.

Publishes reviews of Beyond Reasonable Doubt

In this sequel to We Have Reason to Believe, Louis Jacobs examines afresh all the issues involved. He does so objectively but with passion, meeting the objections put forward over the past forty years by critics from the various trends within the Jewish world, both Orthodox and Reform, and inviting a new generation of readers to follow the argument and make up their own minds.

‘We Have Reason to Go Further’ – John D. Rayner

Confronting Fundamentalism – A Review of ‘Beyond Reasonable Doubt’ by Robert Weissman

Revelation for Moderns by David Singer

Review of ‘Beyond Reasonable Doubt’ by Bernard Glassman

Three Books on Jewish Faith – Norman Solomon reviewing ‘Beyond Reasonable Doubt’, ‘Must a Jew Believe Anything?’ and ‘Revelation Restored’

Create your own review
Beyond Reasonable Doubt
Average rating:   0 reviews