You are here: Home / Books / A Guide to Yom Kippur

A Guide to Yom Kippur

3 Laws and Customs of Yom Kippur

4 The History and StrUcture of the services

5 The Morning and Musaph Prayers

7 The Confession of Sin 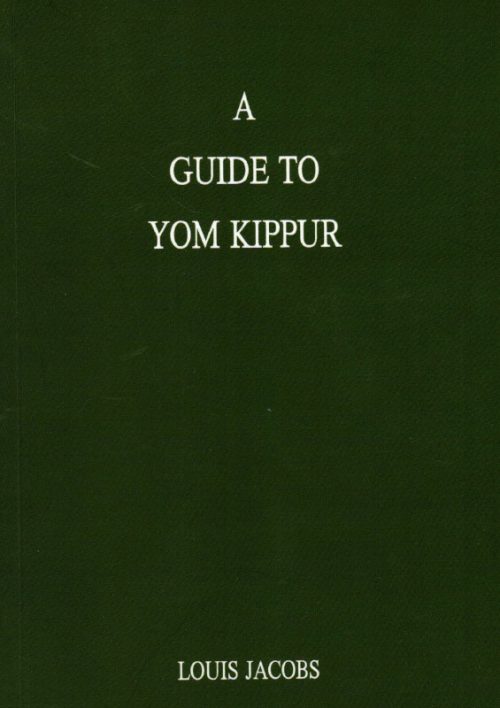 ON THIS awesome and joyful da,y of repentance, Jews gather in their Synagogues, their lives intermingled with the past of their people, re-living the tragedies of antiquity, re-enacting the ancient glories. During the long day the saints and martyrs, the poets and prophets of Israd come to life to sing again their song of tritimph. Israel’ s sweet serenade to its God is heard above the strident noise of worldly pomp. Israel’s spirit is vindicated before the world. The High Priest clad in white walks again in the Temple courts to offer atonement for his people; Akiba repeats his defiance of the mighty Roman Emperor by teaching the Torah to his faithful disciples; the power of the Crusaders is again set at naught as their victims recite the Shema with heads unbowed. On this day Israel draws inspiration from the past, looks towards its future and to the day of which the prophets dreamed when all men will worship the true God and his Kingdom will be established upon earth.

Other peoples have erected towering palaces, have built great bridges to span mighty rivers and wide roads to cross inhospitable deserts; they have produced fine art and moving music to stir the souls of men: the Jews created a day. A day of haunting beauty and spiritual power during which man is elevated far above his mundane concerns into the higher realms of the ideal. A day of peace and harmony and reconciliation, of prayer and reverence and awe when man comes face to face with God. A whimsical but profound Rabbinic calculation points out that the numerical value of the
Hebrew letters of the word for Satan total three hundred and sixty four, one less than the number of days in the year. For on one day in the year the Satan of strife and contention, of coarseness and materialism, holds no sway over human affairs. On this day Israel is compared to the ministering angels in their sublime worship of the Lord of Hosts.

There can hardly be a Jew with soul so dulled that this day has lost its appeal for him. The Talmud speaks of a heavenly voice heard by sinners on Yom Kippur calling across the gulf dividing God from man: ‘Return, ye back-sliding children.’ Many Jews, estranged from the faith of their fathers, have heard that voice speaking to them in soothing, persuasive tones, encouraging them to believe that no one is excluded from before God’s Presence and that His merciful hand is ever outstretched to receive His erring children who sincerely return to Him.

The significance of the day lies in its all-embracing character. No man is so good, so pious, so worthy as to be absolved from throwing himself on God’s abundant mercies. No man is so depraved as to be incapable of invoking God’s mercies. No man is so unlearned that his voice cannot be heard by God.even if his knowledge of Hebrew be so slender that the prayers have no meaning for him. There is a lovely Hasidic tale of a poor, untutored lad who brought with him to the Synagogue on Yom Kippur the whisde he used while watching his father’s sheep. Unable to follow the prayers, the boy played his whisde in recognition of the glory of God. And all the great Rabbis present said that where their prayers had failed the simple, sincere tune of the shepherd boy had succeeded in opening the gates of Heaven.

This book is out of print, but please enquire to info@louisjacobs.org.
Preview Book
Membership Options
Become a member and get free access to all the content on this website. Find out more and sign up >
Create your own review
A Guide to Yom Kippur
Average rating:   0 reviews