You are here: Home / Books / The Jewish Religion 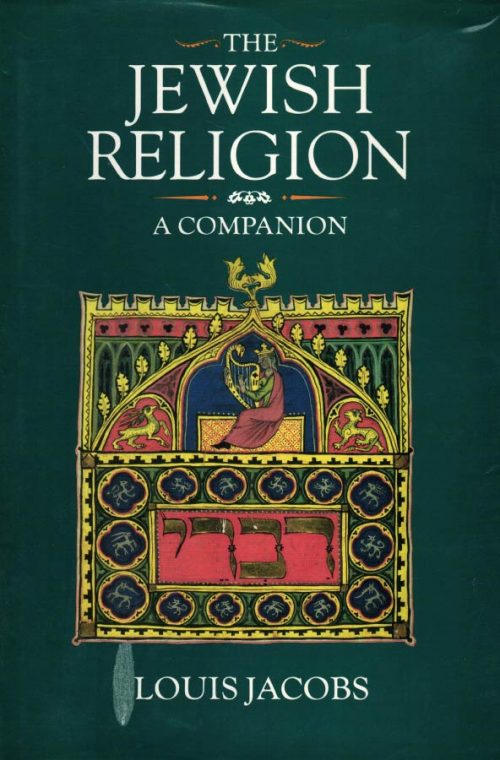 The chief aim of this book is to help readers, Jewish and non-Jewish, to grasp more fully ideas and terms they encounter in works on the Jewish religion; hence the main Jewish beliefs, practices, and personalities are presented in dictionary form. Obviously, in a work of this kind, the selection of the topics to be examined depends on what the compiler considers to be most essential, an assessment that will not necessarily commend itself to all readers, some of whom may object to the inclusion of matters they consider to be of only peripheral interest and to the omission of those they feel to be significant. For all that, it is hoped that the book does succeed in elucidating the majority of Jewish religious concepts which the average reader is likely to come across in his or her reading. (This expression, a sop to political correctness, will be used only very sparingly. ‘His’, without the addition of ‘or hers’, is used in neither an exclusive nor a patronising attitude towards women, but simply in order to avoid awkward circumlocution.) The numerous cross-references, marked by*, will be of help in pursuing particular topics through the book. Brief bibliographies are supplied at the end of each article except where either no special work is available on the subject in English or where the subject is adequately covered by articles in the standard encyclopaedias and other works of reference, a list of which is found at the end of the book. The bibliographies appended to the articles are chiefly provided for further reading and discussion and do not always express the same viewpoint as that presented in the article itself. An apology is perhaps necessary for referring to my own writings in the bibliographies and for using them as the basis for many of the articles. It seemed pointless to refrain from using my own work where relevant but the material in my other books has not simply been copied as it stands; it has been revised both to fit in with the scheme of this book and to enable me to rethink my views on occasion. Painful though it is for an author to admit his mistakes, the Talmudic Rabbis, referred to frequently in this book, praise acknowledgement of errors in the quest for truth.

Biblical quotations are either from the Authorized Version (AV) or from the Jewish Publication Society of America’s translation (JPS) in modem English, The AV is used especially for verses familiar to the English reader, for example in Psalm 90: 10: ‘The days of our years are threescore years and ten; and if by reason of strength they be fourscore years’ (AV) rather than the banal: ‘The span of our life is seventy years, or given the strength, eighty years’ (JPS). But where the JPS is more accurate, this version is quoted. Where the context requires it, for example in Rabbinic understanding of a biblical verse, I have supplied a translation which differs from both the AV and the JPS. Hebrew and Aramaic expressions are given in transliteration but always translated into English. It has become conventional among Jewish authors, when referring to dates, to avoid the terms BC and AD with their Christian connotations, and to use, instead, as is done in this book, the terms BCE (‘Before the Common Era’) and CE (‘the Common Era’).

The book covers only the religious aspects of Judaism; the cultural aspects are considered only in their relation to the religious, although the two are really so interlinked that any attempt to separate them too categorically will certainly result in distortion. Each article in the book can stand as a unit on its own for purposes of reference or simply for browsing, but to tie everything together a brief account must now be given of the Jewish religion and the manner in which it is followed today.

Oxford University press published this book and have not given us permission to make it available for download. Hard copies of this book can be obtained directly from Oxford University Press.
Preview Book
Membership Options
Become a member and get free access to all the content on this website. Find out more and sign up >

Published reviews of The Jewish Religion: A Companion

Ian Leifer – A Review of ‘The Jewish Religion – A Companion’

Review by Marc B. Shapiro of ‘The Jewish Religion: A Companion’

Review of ‘The Jewish Religion: A Companion’ by Erich Segal

Create your own review
The Jewish Religion
Average rating:   0 reviews