You are here: Home / Books / Rabbinic Thought in the Talmud

Rabbinic Thought in the Talmud

PART TWO: THE TALMUDIC SÛGYÄ
5. Havvayot de-Abbaye Ve-Rava: The History of a Talmudic Text
6. Are There Fictitious Baraitot in the Babylonian Talmud?
7. The Numbered Sequence as a Literary Device
8. The Sûgyä on Sufferings in B. Berakhot 5a, b
9. ‘Woe to me if I say it. Woe to Me if I do not say it.’
10. R. Phinehas ben Jair and His Pious Donkey
11. Israel and the Nations

PART THREE: GENERAL
12. The Qal Va-Homer Argument in the Old Testament
13. The Economic Conditions of the Jews in Babyion in Talmudic Times Compared with Palestine
14. Montefiore and Loewe on the Rabbis

PART FOUR: RABBINICS
15. Tur: Preface to Hoshen Mishpat
16. Historkai Thinking of the Post-Talmudic Halakhists
17. The Responsa of Rabbi Joseph Hayyim of Baghdad
18. Objectivity and Subjectivity in Jewish Law: The Debate on AID 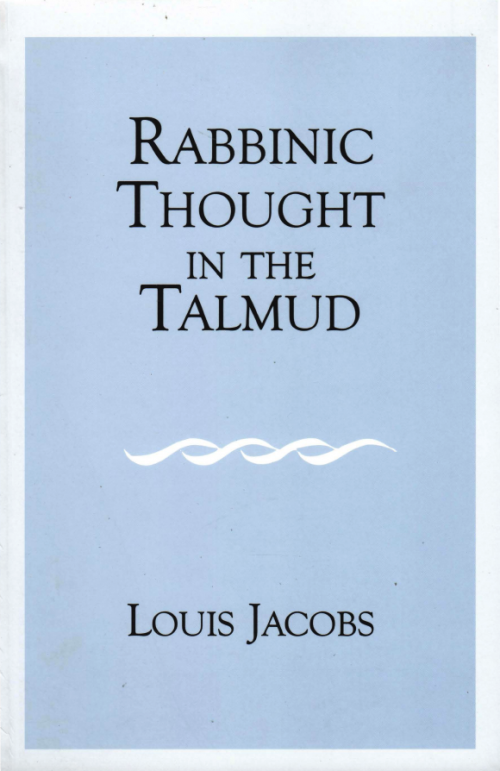 Although most of the essays in this book have appeared previously in print, they are presented here as having a unified theme: the way the Babylonian Talmud came to be presented by its final editors and the way in which Talmudic authority was discussed and applied in post-Talmudic Rabbinie literature. The essays are technical and, I hope, will be of interest to academics in the field. I have tried also for the presentation to be sufficiently popular to be of some relevance to the general student of Talmudic-Rabbinic thought.

The four opening chapters are based on the lectures I gave to the Oxford Centre and were intended to serve as an introduction to the Babylonian Talmud, hence the perhaps somewhat unusual form, in which the text is more general with the notes describing the state of the art in modern Talmudic studies. In the section on the Talmudic sugya my chief concern has been to develop further the idea, stated forty years ago in my book Studies in Talmudic Logic and Methodology, to point out the contrived nature of the Babylonian Talmud. I still maintain that the nature of the Talmudic sugya is misunderstood without this element of contrivance, in which the student is intentionally directed to follow the arguments as leading skilfully to the conclusion, as in any work of literature.

It is impossible to see the Talmud as a simple record handed down orally from generation to generation. In the other chapters on the general topics of Talmudics I have tried to be original without being unhistorical.

In the section on Rabbinics, I try to show how the great post-Talmudic Rabbis went about their task, including, in the final chapters, how the famous Halakhists were often influenced by their social background as well as their individual temperament. The same applies, I would maintain, to the Talmudic heroes themselves. As I wrote in my book A Tree of Life, behind the mind of the most objective and sober Halakhist there lies the heart of a poetic Aggadist.

Published reviews of Rabbinic Thought in the Talmud

Provides four detailed understandings of the nature and scope of the Babylonian Talmud, outlining the state-of-the-art studies of the subject as well as some problems still awaiting solution, such as who were the actual editors of the Bavli and how they went about their work. This is followed by seven comprehensive examinations of the Talmudic method as seen from the complete unit of the Talmud, the Sugya. The concluding section of the books deals with Rabbinics, the works of post-Talmudic scholars who sought to bring the Talmudic discussions to life in the Jewish community.

Create your own review
Rabbinic Thought in the Talmud
Average rating:   0 reviews