A Tree of Life

APPENDIX A The Literary Form of the Halakhah
APPENDIX B The Problem of the Mamzer
Note on Proper Names and Transliteration
Note on Talmudic and Halakhic Sources
Bibliography
Index of Biblical, Mishnaic, and Talmudic References
General Index 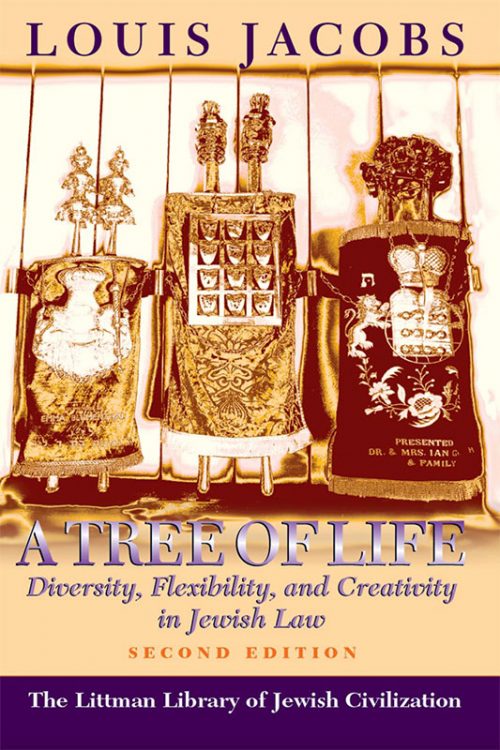 A Tree of Life first appeared in 1984. Reviewers and general readers found little with which to quibble in the book’s main contention that the traditional post-talmudic authorities developed the halakhah with diversity, flexibility, and creativity. What did cause offence, for both Orthodox and Reform critics, was the final chapter, ‘Towards a Non-Fundamentalist Halakhah’, which puts forward the view that it is both desirable and possible to preserve the halakhic system, albeit in a more dynamic form than in the past, even now that it has been demonstrated by the massive researches of the historical school that the halakhah did not simply drop down from Heaven but has had a history.

I confess that I thought twice before adding this controversial and speculative chapter to the book, and was tempted to omit the chapter from this revised edition so as not to obscure the book’s basic thesis, which is that the traditional halakhists operated, consciously or subconsciously, in response to a felt need to make their halakhic decisions conform to their general stance on what Judaism demands of its adherents. Yet to have ignored the new historical challenge to the halakhic system would have been cowardly and dishonest. In this new introduction I try to defend the view presented in the final chapter against strictures from the right and left wings, as well as describing, at least in outline, further work that has been done by scholars in the area covered by the book as a whole.

Published reviews of A Tree of Life

Louis Jacobs’s fascinating study shows how halakhic rulings through the ages have been influenced by social, economic, theological, and even political factors as well as by consideration of the wider ideals and demands of Judaism. Halakhic responses to changed social considerations, particularly regarding women and questions of personal status, new technologies and discoveries, and attitudes to non-Jews are all considered in depth.

‘The Case Against Fundamentalism’ – A Review by Hyam Maccoby

Gilbert S. Rosenthal – Review of ‘A Tree of Life’

Review of ‘Tree of Life’ by Catherine Hezser

Review of ‘Tree of Life’ by David Novak

Review of ‘Tree of Life’ by David Pearl